A kind of magic

The 2000s are marked by the power that TV had on teenagers: TV series, realities and the Playstation connectors. That decade has been abundant in cultural and global changes. In 2001, on November the 4th, the first movie of the Harry Potter saga appeared, “Harry Potter and the Philosopher’s Stone”.

Harry was already famous but the movie changed it all. Movies and books became a great success and J.K. Rowling adventures raised generations; still, nobody expected what was going to happen few years later with the magical competitive sport in which boys and girl fly on broomsticks, throw balls into rings of different heigh and try to catch a flying tiny golden ball; in other words, Quidditch. Some American students decided to adapt the magical sport to reality and started to play it.

From the US Muggle Quidditch flies to England where is played in colleges. What about Italy? Italy is know as the country of soccer and each boy dreams, at least once in his life, to be a champion. Yet some boys and girls love another sport. They read comics, realize cosplays and are always updated about hi-tech new items. They don’t want to be rich and famous, they want to have new friends.

Some people say that Quidditch is a sport for nerds. It is sure that Quidditch is one-of-a-kind. Teams are mixed, it is higly possible to go home with something broken and players are forced to run with a broomstick between their legs. My photo-project tells the development of Quidditch across Italy and how, even if it was born as a game for Harry Potter’s fans, it is slowly becoming a sport for all. 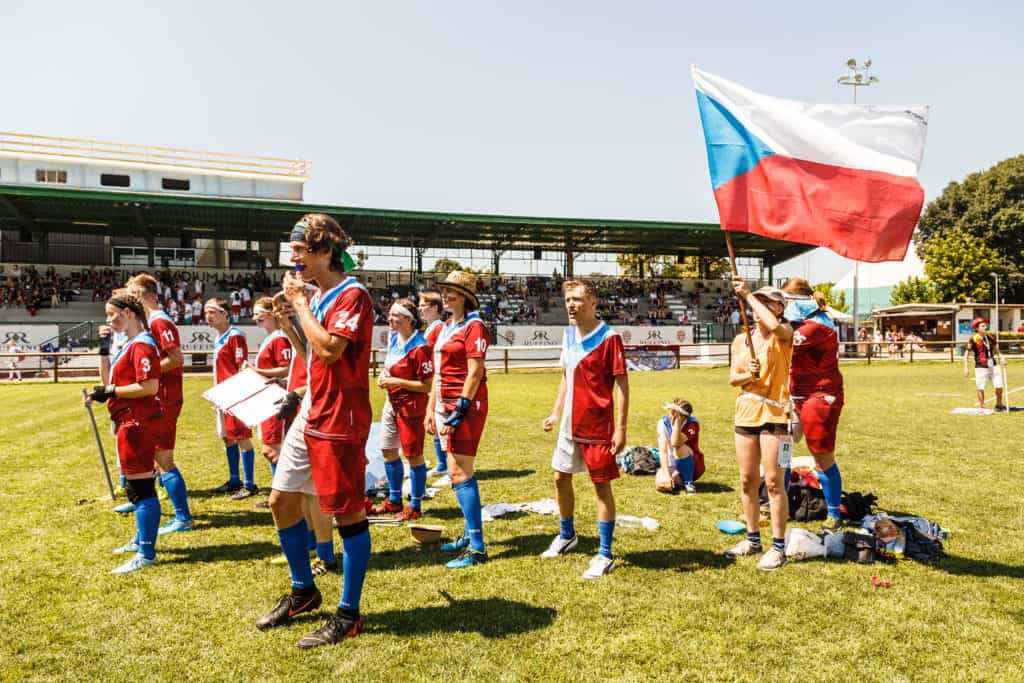